Easy experiments with Light, Lasers, and Holograms you can do with your Homeschool Kids! 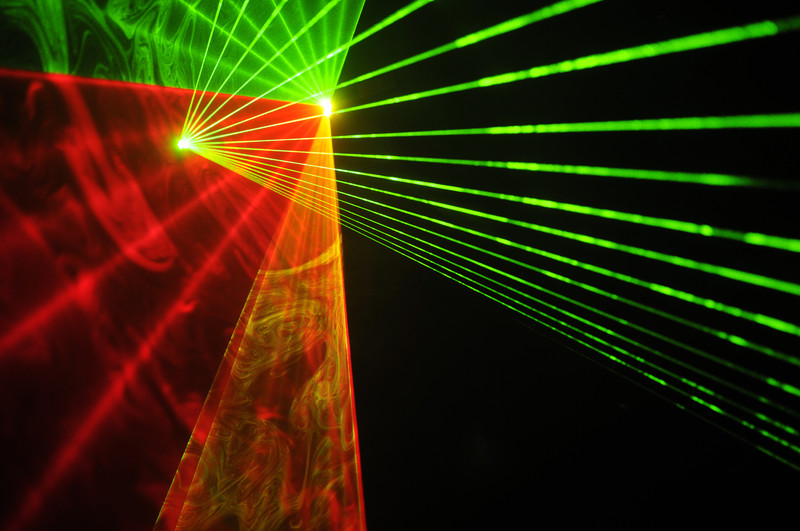 Go here for homeschool science light and laser experiments you can do with your kids: www.SuperchargedScience.com/lasers
You can’t just shine a flashlight through a lens and call it a laser, because the way a laser generates light is what makes it a laser in the first place. The word LASER is an acronym for Light Amplification by Stimulated Emission of Radiation.
Lasers are optical light that is amplified, which means that you started with one photon, and you ended up with two. Radiation refers to the incoming photon. It’s a word that has a bad connotation to it (people tend to think all radiation is dangerous, when really it’s only a small percentage that is). So in this case, it just means light in the laser. The incoming photon radiation starts the process of stimulated emission (when the electron jumps between energy levels and generates another photon). Put it all together and you have a LASER!
Scientists use lasers for cutting, melting, illuminating, measuring, communicating, and more. Lasers are monochromatic (only one color) and coherent, meaning that all the light is in phase with each other. Laser light is different from your standard light bulb, which is made of many colors and not in phase.
I’ve put together a really cool set of science experiments in lasers that you can download now and use with your kids! Let me know what you think of it!
Go here for homeschool science light and laser experiments you can do with your kids: www.SuperchargedScience.com/lasers