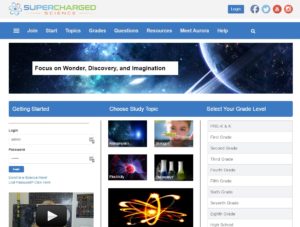 Click here to get my online e-Science curriculum program at a huge discount!

Spectrometers are used in chemistry and astronomy to measure light. In astronomy, we can find out about distant stars without ever traveling to them, because we can split the incoming light from the stars into their colors (or energies) and “read” what they are made up of (what gases they are burning) and thus determine their what they are made of. In this experiment, you’ll make a simple cardboard spectrometer that will be able to detect all kinds of interesting things!

This is the simplest form of camera – no film, no batteries, and no moving parts that can break. The biggest problem with this camera is that the inlet hole is so tiny that it lets in such a small amount of light and makes a faint image. If you make the hole larger, you get a brighter image, but it’s much less focused. The more light rays coming through, the more they spread out the image out more and create a fuzzier picture. You’ll need to play with the size of the hole to get the best image.

While you can go crazy and take actual photos with this camera by sticking on a piece of undeveloped black and white film (use a moderately fast ASA rating), I recommend using tracing paper and a set of eyeballs to view your images.

CAUTION!! Be careful with this!! This experiment uses a knife AND a microwave, so you’re playing with things that slice and gets things hot. If you’re not careful you could cut yourself or burn yourself. Please use care!

We’re going to create the fourth state of matter in your microwave using food.  Note – this is NOT the kind of plasma doctors talk about that’s associated with blood.  These are two entirely different things that just happen to have the same name.  It’s like the word ‘trunk’, which could be either the storage compartment of a car or an elephant’s nose.  Make sense?

Plasma is what happens when you add enough energy (often in the form of raising the temperature) to a gas so that the electrons break free and start zinging around on their own.  Since electrons have a negative charge, having a bunch of free-riding electrons causes the gas to become electrically charged.  This gives some cool properties to the gas.  Anytime you have charged particles (like naked electrons) off on their own, they are referred to by scientists as ions.  Hopefully this makes the dry textbook definition make more sense now (“Plasma is an ionized gas.”)

Created by a team of scientists, you can use this set of instructions to build your own black hole board game. It plays two different ways: competitively and cooperatively. Black Hole Explorer was created for NASA by the Harvard-Smithsonian Center for Astrophysics.

Click the button below - you'll need Adobe Reader to view the PDF file.

Click here to get my online e-Science curriculum program at a huge discount!